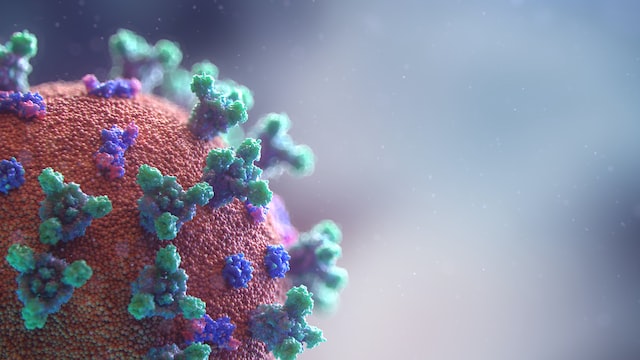 Although it is becoming better known, this persistent form of Covid-19 remains largely unexplained. Scientists’ hypotheses are becoming clearer as the pieces of a puzzle that is difficult to assemble are discovered.
Three years ago, on January 24, 2020, the first three cases of Covid-19 were reported in France. The beginning of a pandemic that, at the beginning of 2023, may seem like ancient history. However, the virus continues to kill, but also to cause persistent symptoms, months after the disease. This is the “Covid long”, a phenomenon about which everything seems unclear: its cause(s), its symptoms or even the number of people affected, potentially very important.

Last April, Santé publique France estimated that there were two million people in France, or 30% of those infected (in a study of volunteers, which may distort the figures), while the World Health Organization (WHO) puts the rate at 10 to 20%. A “very serious” problem that requires “immediate and sustained action”, warned its president Tedros Adhanom Ghebreyesus in October in The Guardian. However, many patients testify to the skepticism of their relatives or their doctors. This is due to the lack of clear answers from science, after three years of research, to the many questions raised by Covid long.

However, there has been progress. The mapping of symptoms attributable to long Covid has grown. A review of knowledge published on January 13 in Nature Biology mentions generalized fatigue, cognitive impairment and memory loss, heart pain or palpitations, coughing, shortness of breath or menstrual disorders. A French study, in April 2022, observed that loss of taste or smell, fatigue, “cognitive complaints” and respiratory discomfort are the symptoms most specific to people who have been infected compared to the rest of the population, and therefore the most likely to be linked to the virus, explained Inserm.

A difficult diagnosis
According to the WHO definition of Covid, “more than 200 different symptoms that affect daily life have been reported”. Some, such as loss of smell, are very specific, but most are common in other diseases, which does not facilitate the diagnosis. The WHO definition underlines the problem: it attributes to the long Covid any symptom that appears within three months after an infection, that lasts at least two months and has no other explanation. A default finding, then.

“The scientific debate exists as to the imputability of the symptoms to Sars-CoV-2 or to another triggering agent,” wrote the Comité de veille et d’anticipation des risques sanitaires (heir to the Conseil scientifique) in an opinion in October. The frequency of certain symptoms in people with and without the virus is known to be comparable. But the link between Covid-19 and a specific effect, several months after infection, remains difficult to establish.

“There is no positive biomarker to affirm that a person has a long Covid,” laments Professor Eric Guedj, head of the nuclear medicine department at the Assistance Publique-Hôpitaux de Marseille (AP-HM). It is therefore impossible to diagnose it by a screening test or by observing a specific part of the human body, “it would be necessary to carry out explorations of all the organs potentially affected. Just because there is nothing in the heart does not mean that the brain is not affected, or vice versa.

This brain imaging specialist explains that abnormalities could be observed in some patients who have lost their sense of smell. But in others, “who have exactly the same symptom, we observe lesions at the nasal level”, but nothing at the brain level, “which means that for them, a rehabilitation of the sense of smell is useless”. That research will one day identify a unique marker to diagnose Covid long is “unlikely”, says Eric Guedj.

Not all doctors agree
This leaves open the risk of wrongly attributing to it symptoms linked to other diseases. The neurologist insists on the necessity to propose “a relatively complete health check-up” to the supposed Covid long patients to exclude all the other possible causes of their evils.

In addition to the loss of chances for the patients, being wrong about their diagnosis “would weaken the concept of long Covid”, he fears, convinced of its relevance.

But other members of the scientific community express skepticism about the existence of long Covid as a unique pathology, directly linked to Sars-CoV-2 infection. “A new paradigm is needed,” argue three Danish researchers in an article published in January in The Lancet Respiratory Medicine. “Despite intensive research”, no clear mechanism “has been established to explain the full extent of the symptoms of Long Covid”, the authors say. For them, the explanation should mix excessive immune response caused by Covid-19 and psychological factors.

A vision shared by Cédric Lemogne, psychiatrist at the Hôtel-Dieu in Paris and co-author in 2021 of a noticed and criticized study: it observed a stronger link between the symptoms and the fact of thinking to have been contaminated by the Covid-19 than with a really positive serological test. Accused by many actors, including the association AprèsJ20, of stigmatizing the patients, the researcher has always defended himself from presenting their illness as imaginary. But he pleads for a better study of the possibility that certain symptoms, quite real, are linked to the psychological state of the patients. He doubts that such diverse phenomena have a unique cause. According to him, “there is probably not a single long Covid and the search for a single biomarker is therefore doomed to failure”.

Involved in a program of care for patients at the Hôtel-Dieu hospital, which combines medical consultations, psychological follow-up and physical rehabilitation, he assumes that the different symptoms may have different causes, not all related to the virus, even in the same patient.

“That some patients develop psychological disorders is very likely”, answers Eric Guedj, but the place taken by this question in research remains, in his eyes, a minority and “very French”.

A pathology due to the “persistence” of the virus?
Faced with these doubts, researchers do not have definitive answers, but their hypotheses are becoming clearer as pieces of a puzzle that is difficult to assemble are discovered. For example, several studies have found fragments of Sars-CoV-2 in the bodies of patients long after their infection: in blood plasma, according to a study published by Clinical Infectious Diseases; in the stools of patients with gastric problems, according to an article in the journal Med; or in the noses of people who have not recovered their sense of smell, according to work by the Pasteur Institute. “There is probably a persistence of all or part of the virus in the organism”, deduces Eric Guedj, without the reservoir where it could be sheltered having been identified. The evidence for this phenomenon remains “indirect”, the Scientific Council cautiously noted in an opinion last July.

The prolonged presence of the virus could lead to two reactions at the origin of the symptoms: a disruption of the immune response, and then disturbances at the vascular level, through the formation of blood micro-clots already causing thrombosis in patients with a severe form of Covid-19, and the degradation of the wall of certain vessels. A study published in July in Angiogenesis even observed a decrease in “vascular density” in patients with long Covid, in whom the number of capillaries (the smallest blood vessels) decreases. These phenomena could feed each other: “The greater permeability of blood vessels means that elements will pass from the blood to the tissues”, and the immune response to this passage “will create inflammation”, explains Eric Guedj.

In his research, including a study published in January 2021, the professor observed a possible consequence of these phenomena: the observation of the patients’ brains by PET-scan, a brain imaging technique, showed “abnormalities in brain metabolism”. Certain areas consume less glucose than in healthy subjects, as if they were functioning in slow motion. Using another technique, MRI, a British study published in Nature shows a loss of brain matter in the same locations. They play a role in memory, balance, breathing, heart rate, smell… So many areas where the symptoms of Covid long are felt.

Treatments to treat the symptoms but not their cause
These scientific hypotheses have not, however, led to a treatment to relieve patients who are often prevented from resuming a normal life because of Covid long. They inspire research avenues, explains Eric Guedj, such as the use of antivirals like Paxlovid, to fight against viral persistence, anti-inflammatory drugs and the continuation of anticoagulant treatments against clots. All of these options have not yet been validated in clinical trials.

Today, the available options essentially treat the symptoms rather than their cause, the French National Authority for Health reminds us. They are essentially based on neurocognitive, olfactory, respiratory and physical rehabilitation, avoiding excessive efforts. A frustrating wait, compared to the speed of discoveries on Covid-19.

And to note that “on lupus, for example, research is not making much progress”. Many hope that it will be faster in unraveling the mysteries of long-Covid: according to Santé publique France, some patients recover on their own, but 20% of people infected with Sars-CoV-2 still meet the criteria of long-Covid one and a half years later.

No comments to show.